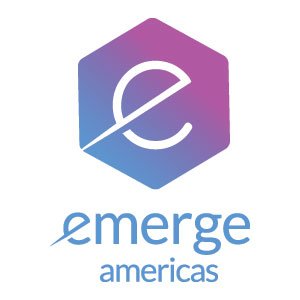 MIAMI & NEW YORK, January 14, 2015 – eMerge Americas, NBCUniversal News Group and Telemundo today announced that they have entered into a multi-year media partnership. As part of the agreement, NBC News, CNBC, MSNBC and Telemundo will offer viewers and users exclusive access to this groundbreaking global technology conference, which takes place in Miami on May 1-5, 2015.

“We created eMerge Americas because there was no bridge connecting the rest of world to the dynamic economic and technological growth occurring in Latin America,” said Manuel D. Medina, Managing Partner of Medina Capital and founder of eMerge Americas. “With more than 6,000 attendees, over 400 participating global companies and more than 100 sponsors in our first year, eMerge Americas is well on its way to becoming the most important technology event for all the Americas and significantly accelerating Miami’s ascent as the next great technology epicenter. Partnering with the respected networks of NBCUniversal News Group and Telemundo is critical to further shining a light on our important mission.”

“All of the NBCUniversal News Group properties are constantly seeking new ways to deepen our engagement with news consumers,” said Pat Fili-Krushel, Chairman, NBCUniversal News Group. “In aligning with eMerge Americas, we have a chance to focus intensively on a compelling yet under-reported story: the transformation and innovation happening all across the Americas.”

“Latinos are technically savvy, socially connected and early adopters, wielding a buying power in excess of $1 trillion,” said Joe Uva, Chairman, NBCUniversal, Hispanic Enterprises and Content. “Partnering with e-Merge to leverage NBCUniversal’s unmatched reach among all U.S. Hispanics across both languages will allow technology innovators and disruptors to tap into one of the fastest growing markets in the U.S. and throughout Latin America.”